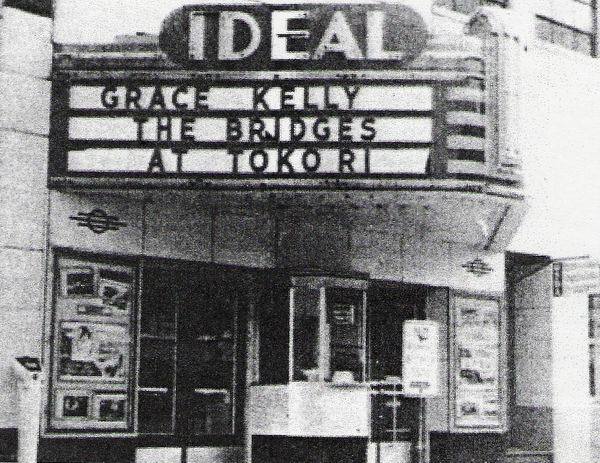 The Ideal Theatre in Ithaca, Michigan was a 1938 remodeling project for my grandfather’s Johnson Construction Company. A newer bank building and a parking lot now occupy the site where the theater stood.

Albert S. “Al” Johnson left us with several color images that he took several years after remodeling the theater. The first is a street view taken in June 1949. A 1948 film “The Dude Goes West” appears on the marquee. He shot the next street view in June 1950 when “Key to the City” was being shown.

The last five color slides were taken inside the theater in September 1952. It’s not known who the artist was, but the elaborate pastel murals in these images are very similar to murals in other Johnson theater projects in Michigan (e.g. the Flatroc, Harbor, Rapids and the “new” Hudson Theatre).

The last slide shows a painting, perhaps by a local artist, showing a farm scene with cows, sheep and two horse-drawn sulkies.