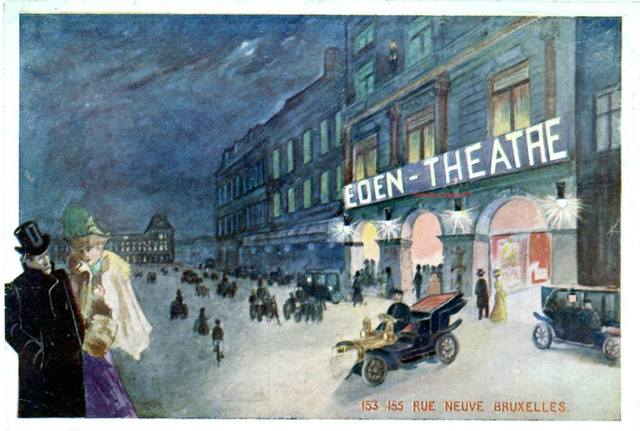 Located in Brussels city centre, this opened in 1907 as Eden Theatre, it became the Eden Cine in 1936. When the Crosly Society was created under the direction of Mr Payeur, it became Crosly Nord Cinema. There was another cinema nearby which became Crosly Leopold 3. The Society had opened two cinemas in Liege and one in Antwerp.

The Crosly Cinema specialised in the last year of exploitation in German movies and closed in 1957 when it was destroyed by a fire.