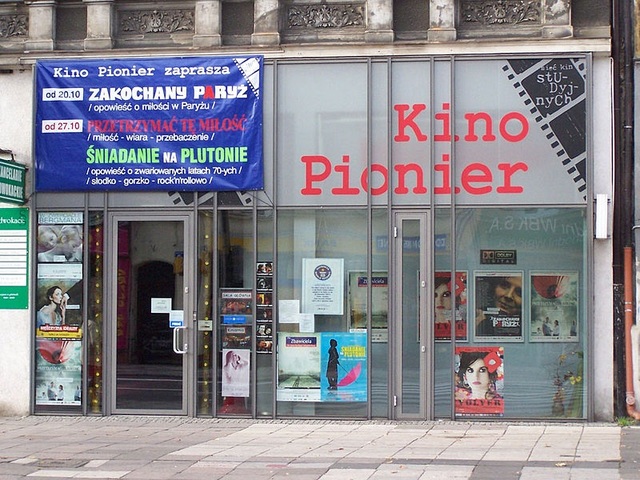 Until 1945, this Baltic town was named Stettin and was located in Germany. Opened in 1907, the Helios Kino is also given as opening on 26th September 1909, it is listed in the Guinness Book of Records (2005-2007) as ‘the oldest operating cinema in the world’. Seating capacity is for 82 persons in the original space. Renovated in 2002, in recent years a cinema-cafe with seating for around 26, has been opened, which is equipped to screen films.

The Kino Pionier is a member of the Europa Cinemas group of art house cinemas.

The theatre has discovered docoments that say the theatre opened in 1907.