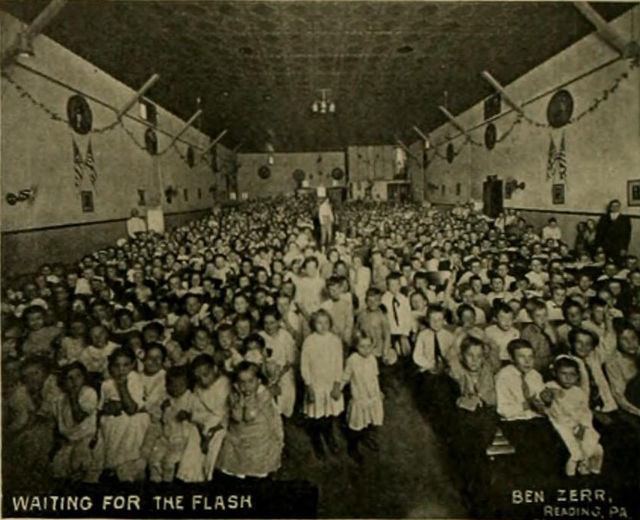 It became a Farmers Market, and then a Gospel Tabernacle. It reopened as the Rio Theatre in 1936 which closed around 1939.

If memory serves me right, the building still was there in the mid 60’s, serving as a hardware store.

This theater had become the Schuylkill Avenue Picture House by 1913, when the July 12 issue of The Moving Picture World published a photo of its operator, Ben H. Zerr, who had lately been elected treasurer of the Pennsylvania Exhibitors' League. He was also President of the Reading chapter of the League.

Having seen Mr. Zerr’s photo, and those of other exhibitors featured in the article, I can safely say that, had I been a patron at any of their theaters, I would not have been inclined to spit tobacco juice on the floor or put my feet on a seat. An intimidating mien must have been a prerequisite for operating a movie house in those days.

The February 10, 1912, issue of The Moving Picture World published this item about the opening of the Olivet Theatre: