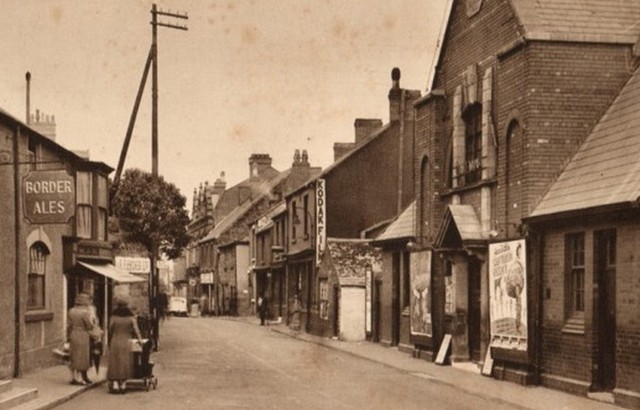 The George Edwards Hall was operating as a cinema by 1937. Housed in a building formerly used for stage presentations, this hall was considered the less pleasant of the two cinemas in Cefn Mawr, a small town to the South of Wrexham.

By 2000, it had reverted back to its original name George Edwards Hall, and was in use as a community hall. It had retained its full stage facilities, and had a flat floor for dancing, with the catering facilities in the former stall projection room. The circle was intact with its original seating.

The George Edwards Hall was erected in the memory of George Edwards in 1911. In 1919 it was taken on a lease by John Stanley Jones and opened as a cinema on or around the 15th February 1919. Originally intended as a theatre with a proscenium 26 feet in width and a stage depth of 18 feet, 2 dressing rooms were provided for the artists. Seating for 600 patrons was provided. The Cefn Chronicle tells us that the first film was “Heart of the Lion”, followed the next week by “The Chrystal Gazer” starring Fanny Ward. A local pianist was employed to provide background music.
Surprisingly, like its rival in the village, the venue did not merit a mention in Kinema Weekly Yearbook for the first few years so we are unaware of opening admission prices.
An A.W.H. sound system was installed to enable the venue to navigate the sound era.
By 1938 the cinema was being run by the hall committee, with two shows nightly at prices from 4d to 1/– and by 1951 a new lessee was installed in the shape of Mr A. Jacobs of Rhyl (who was also running the Palace cinema in Cefn). It was he who changed the venues name to the “Peoples Cinema” whilst continuing the policy of two shows nightly from 5.30pm.
Prices had increased to 7d to 1/6d by this time and an R.C.A. Photophone sound system had replaced the earlier AWH system and seating capacity had been reduced to 550 patrons.
At some time before 1960 Jacobs decided that the village was not big enough to support two cinemas and with people showing a preference for the “Palace”, he closed the “Peoples Cinema”.
The hall went back to its original purpose and was used for Concerts and pantomimes and is still in existence today. It is currently being considered for a lottery grant to update its rather dated appearance.