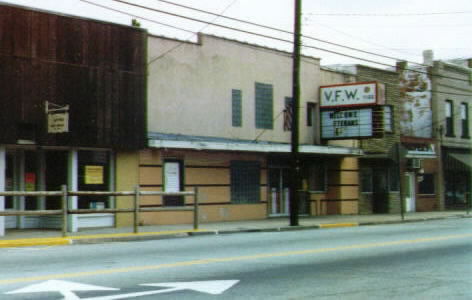 The Star Theater opened February 16, 1948. It is a Quonset Hut style building, and was operated by Chris W. Geoghegan. The building is currently used by the Y.M.C.A.

A small photo of the Star Theatre appeared in Boxoffice, May 15, 1948. The caption said it had opened in February, had 520 seats, and was operated by Chris Geoghegan, who had been operating the Colonial Theatre in South Hill for 15 years.