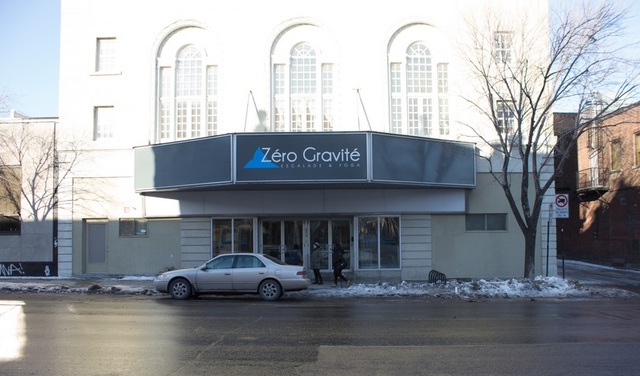 In 1987, the Papineau Theatre was bought by Germain Cadieux and reopened as a repertory cinema.

It closed in 1988 and was last operated by United Amusements. After closing as a cinema, it later served as a bingo hall. By 2018 it was in use as a recreational center featuring rock climbing & yoga classes.

Here is a photo I took of the Papineau around 1989.
View link

The January 1, 1921, issue of Moving Picture World had this to say about the Papineau Theatre:

“Montreal, Quebec, will soon have another new moving picture theatre when the Papineau opens February 1 by the United Amusements, Ltd., which already operates the Regent Theatre. The Papineau will have 1,600 seats. The equipment includes two Simplex projection machines and a Wurlitzer organ. Programs will be changed twice weekly and prices will range up to 28 cents.

“Mr. Ganetakos is the managing director of the company and E. F. McMahon is the secretary-treasurer. E. Cousins is president and I. Crepeau, vice-president. These men hold similar positions in the Independent Amusement, Ltd., which operates the Strand and Moulin Rouge theatres, Montreal.”The Papineau Theatre was designed by architect Daniel John Crighton, according to a mini-biography of him (in French) on this web page.

Also, it is no longer in use as a bingo hall. The Papineau Theatre is now the location of a recreation center called Zero Gravite climbing & yoga (web site with a couple of photos showing a bit of surviving architectural detail.)