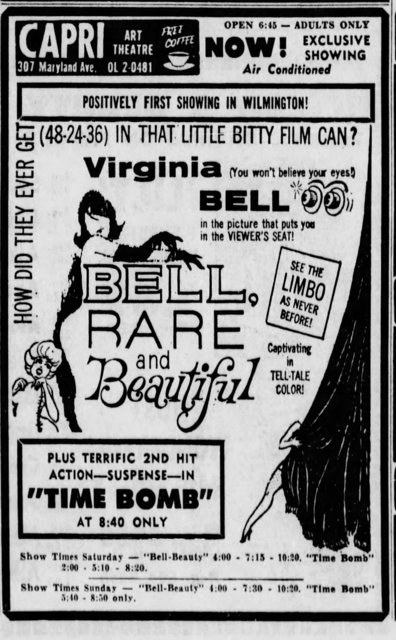 This list of theaters in Wilmington gives the following series of names for the theater at 305-307 Maryland Avenue:

Yes, the Polonia Theatre is listed at 405-407 Maryland from 1915 to 1921, but I don’t know if that was a different building exactly a block away, or if Wilmington simply renumbered its blocks in 1921.

Maryland Avenue (aka Delaware 4) maps properly at Google Maps. The map for our page probably needs to be reset with the correct zip code, which is 19804.

Just to flesh out some information:

Less than two years later, the Polonia was auctioned off by the sheriff’s department in October of 1922. The new owners rebranded as the Avenue Theatre on January 20, 1923. Carrying the roots of the Polonia nameplate, Polish language films were shown when the the theatre transitioned to sound.

Mrs. John B. Spahn won a $5 cash prize in a 1936 contest to rename the theatre which went for a streamlined makeover. It relaunched November 2, 1936 as her suggested Ace Theatre. The Ace Theatre was shuttered for a laundry list of code violations on January 4, 1963.

In 1963, Topkia Construction was brought in to refresh and correct code issues to the theatre. It relaunched in its final state as the Capri Art Theatre on February 15, 1963. The city passed a dubious ordinance which put the onus on the operator to validate the non-offensive nature of the films shown which led the operator to cease operations on February 28, 1970.

The theatre was purchased at auction for $5,000 and demolished for a proposed auto-bank in February of 1973.