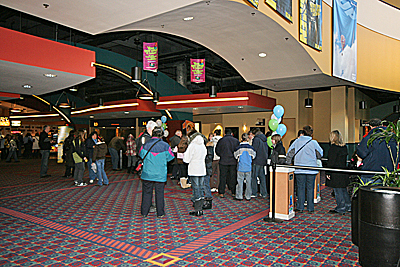 The AMC Kanata 24 is located in the Kanata Entertainment Centrum, an entertainment, restaurant and retail development just off Highway 417 at the Terry Fox Drive exit in Kanta, ON, Canada.

This megaplex opened on September 3, 1999. It is a multi-screen theatre featuring wall-to-wall screens, stadium-style seating in plush, high-backed LoveSeats™ with retractable armrests and AMC’s signature cupholders, and other special amenities.

The AMC Kanata 24 includes 24 auditoriums with a total of 4,764 LoveSeat-style seats. The concession stand features classic North American theatre fare such as hot dogs, nachos, candy and, of course, hot, buttered popcorn and soft drinks. From 2012, it has been operated by Empire Theatres, and in 2013 was taken over by Landmark.

This theatre, and the AMC theatre in Whitby, is being purchased by Empire Theatres:

Now the Empire Kanata 24, name needs to be changed on here.

At the time of the writing, this theatre has since been taken over by Landmark Cinemas in 2013 (it was supposed to go to Cineplex, but was moved instead). It should be also called Landmark Cinemas 24 Kanata.

Does anyone have a copy of that press release they can post?

13 grand opening ads posted in the photo section (including the 4-page ad from September 3rd, 1999. 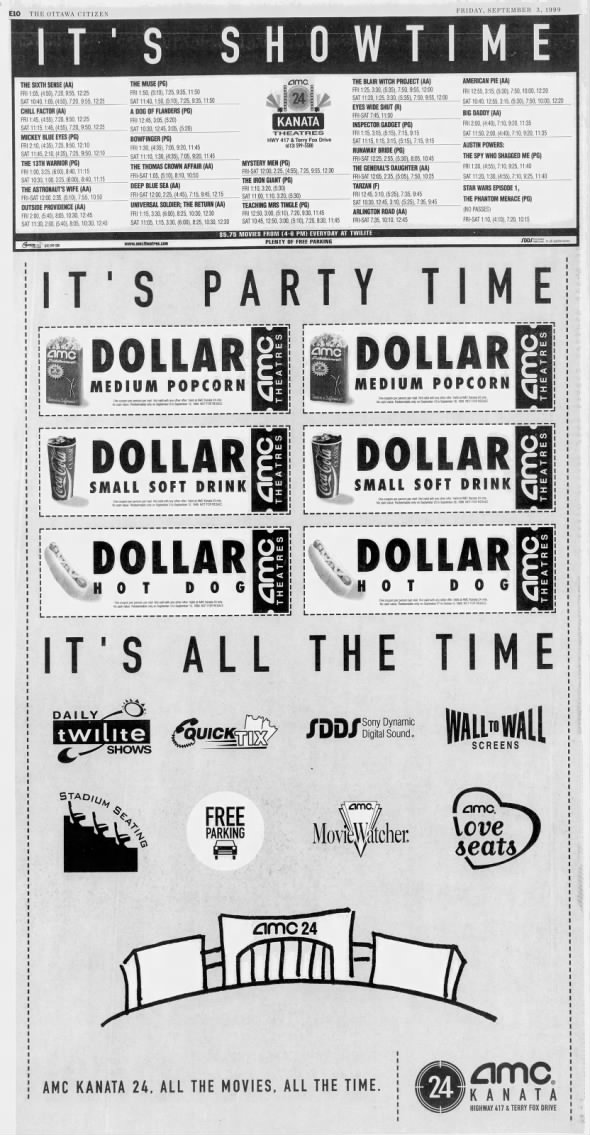