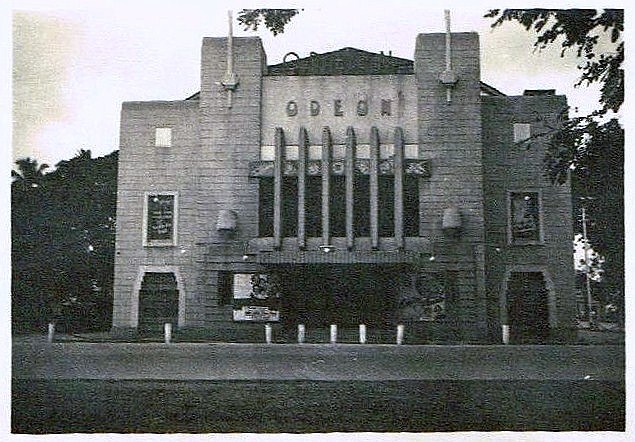 Built by the Cathay Organization in 1936, the Odeon Cinema was an expression of the links between the innovations of cinematography and Art Deco.

There are strong Art Deco elements such as the lettering style of the cinema name, vertical pylons and flagpoles. Above the entrance, a horizontal beam, embellished with a mosaic depicting drama, comedy and music, intersects the strong vertical mullions. On the side façade, ‘ribs’ create a vertical rhythm.

Odeon Cinema operated as a movie theater until November 1997 when it closed briefly, and reopened as a 250-seat cinema upstairs, and an arcade selling clothes, magazines, electronic goods and snacks downstairs. It was twinned around 2006, with the upstairs screen operating as a single auditorium, and a section of the downstairs converted into a second screen, the retail aracde taking up the remainder of the downstairs area. The cinema closed again in 2010.

In May 2011, it re-opened under the management of Antenna Entertainment.

The Odeon was closed in 2015. In September 2019 it was announced that it will be demolished to build and apartment building with retail spaces. Part of the facade will be retained.

While the stalls section of Odeon cinema is now an arcade, the dress circle remain as a cinema, showing only Indian and Malay movies