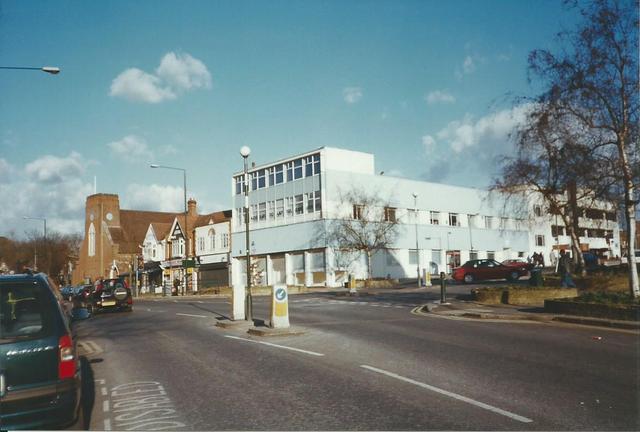 Located on the corner of The Broadway and Hartley Avenue in the Mill Hill district of north-west London. The Capitol Cinema was a conversion of the Assembly Rooms by architect Robert Banks. Probably opened in the 1920’s, there was a Cinema listed in 1927 which was listed as the Mill Hill Cinema up to 1933. The Capitol Cinema is first listed in the 1934 edition of Kine Yearbook. By 1935 it was operated by the Lion Cinematograph Co. Ltd. All seating was on a single floor and the screen was located at the front of the building behind the entrance.

The Capitol Cinema was closed on 9th April 1955 with Alan Ladd in "O'Rourke of the Royal Mounted Police" (Saskatchewan) and Jeff Chandler in "Smugglers Island". There was a movement to convert it into a community theatre, but the politcal will was not there to support this.

It was then converted into an office building known as Athene House. The front of the building has been rebuilt in glass and green panels, while sections of the side wall has a currogated covering.