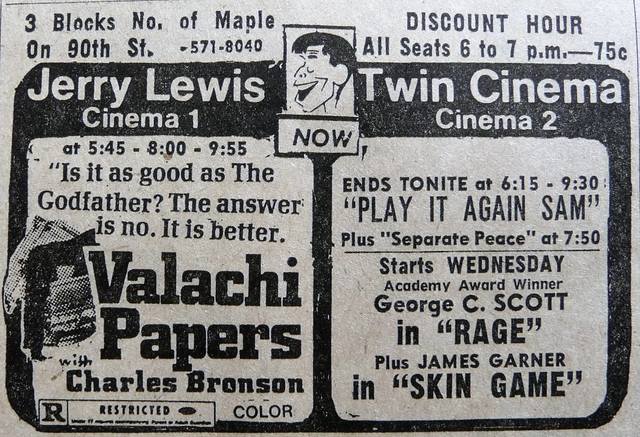 This small 2 screen theater was located somewhere on 90th Street, between Maple Street and Fort Street. It was demolished in the mid-to late-1990’s. It was certainly open and operational in 1994. No known information is available as to the closing date of this theater.

This opened as Jerry Lewis on November 9th, 1972 and renamed Maplewood in 1973. Grand opening ad with picture posted here.

In later years, rather shop-worn, it became a 99-cent movie theater.

Wikipedia has more information about “Jerry Lewis Cinemas” on his page.

Torsten is right. If you look on Google earth in 1993. You can see the theatre building still there in front of what would become Aldi.