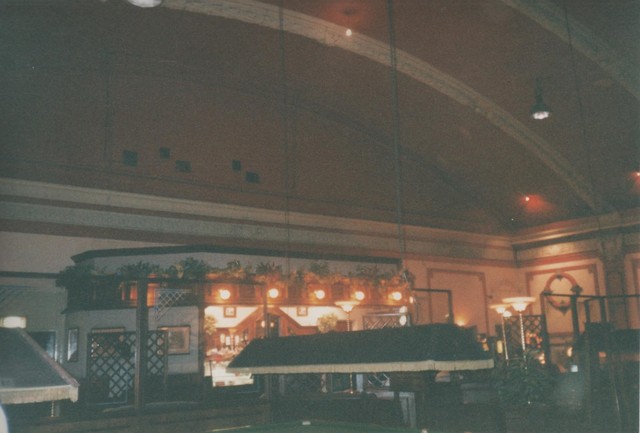 Located in the southwest London district of Southfields. The Lyceum Cinema opened on 27th January 1917. Designed by the architectural firm Ward & Ward, it used to have a typical facade for a cinema of that vintage, and inside the auditorium there is a barrel vaulted ceiling, with simple mouldings. On the side walls, are plaster garlands, and these are repeated on the exterior side walls in stucco. In 1925, noted cinema architect George Coles carried out some improvements to the auditorium. In June 1936, architect Richard Seifert altered the facade and enlarged the foyer in an Art Deco style, and it was re-named Plaza Cinema from 29th June 1936.

It was immediately converted into an Essoldo Bingo Club, later operated by Ladbrokes. From 1987, was in use as a snooker club, first known as Jester’s Snooker Club, and last known as Riley’s Pool & Snooker Club until closure in the summer of 2010.

There was a strong local campaign with support to re-open the Plaza as a cinema again, but this was not to be and permission to demolish was granted in June 2013, and it was razed in 2014.

The former Plaza Cinema photographed as a bingo club in 1983:
View link

Boy, BINGO must really be big over there!

Since being a Bingo Hall this has been a Rileys Snooker Hall but has been empty since Rileys chain went bust.

Planning permission has now been granted to build “a mixed development of shops, flats and some leisure facilities” (that may be a gym, cinema or dance studio).