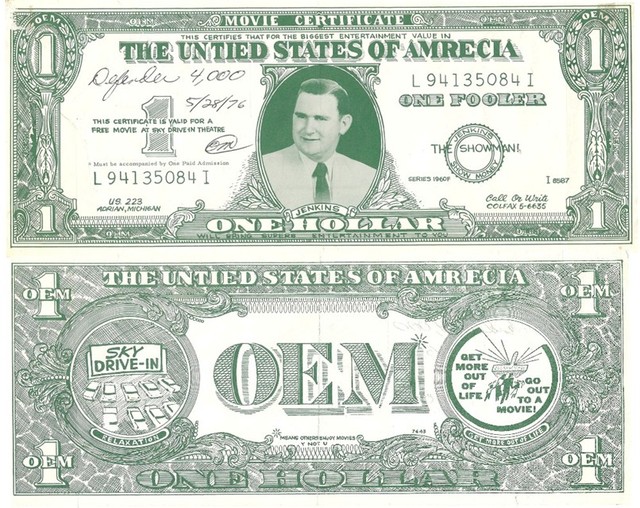 The Skyview Drive-In opened on May 27, 1949. The car capacity for the drive-in was listed at 500. In-car heaters were installed in 1959. The Skyview Drive-In was later renamed the Sky Drive-In. It was originally owned by Wm. Jenkins and later Jim Palmer, who renamed it Jim-n-ees Drive-In..

The Sky Drive-In closed in 1987 and was later demolished. The property is now the site of a Kohl’s Department Store.

Parking 280 cars in 1956.Charles Tuttle was running it in the late Fifties.