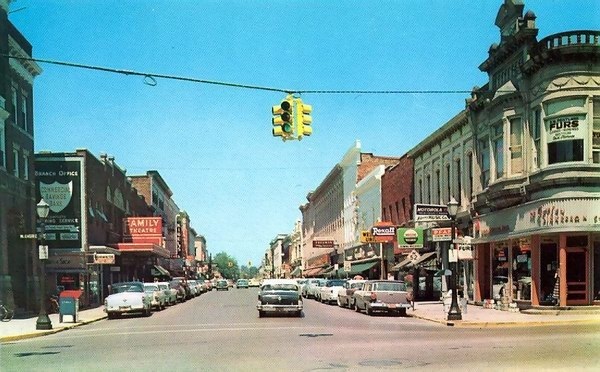 The Family Theatre was owned by Butterfield Theaters. The Family Theatre was opened by 1950, replacing an earlier Family Theatre at 114 N. Main Street (which has its own page on Cinema Treasures). In the early-1960’s it was purchased by Joe Caterina and was renamed Studio South. Joe’s daughter Virginia and son-in-law Bill Jenkins managed it and also managed the Sky Drive-In in Adrian. By 1975 it had been twinned.

It now operates as a bar with live performances named The Seasons.