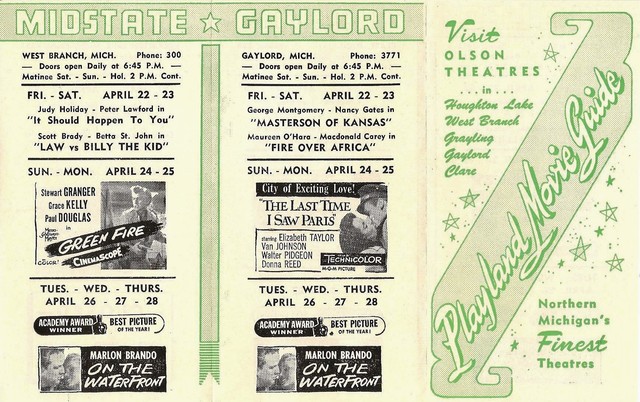 The Gaylord Theatre opened in 1940 with seating listed at 455. The theatre was owned by Olson Theatres thru 1969 and then by Wisper and Wetsman until its closing.

The Gaylord Theatre closed in 1990 and has since been repurposed as a furniture store called Furniture Showcase.

There are pictures of the former theater here: View link

A July 12, 1941, Boxoffice item about Walter Noa, manager of the Olson Brothers' Gaylord Theatre, said that he had managed the Gaylord Theatre’s predecessor since 1931. I also found a 1938 item mentioning James Olson of Gaylord, but the name of the earlier theater was not mentioned. Maybe it was called the Gaylord, too.

The closing date of 1990 is incorrect, as I remember seeing a few movies there that came out in the ‘90s. I remember one of the last movies shown there was (ironically) “Blast From the Past.” I also remember the theatre, at least in its later yers, having three screens.