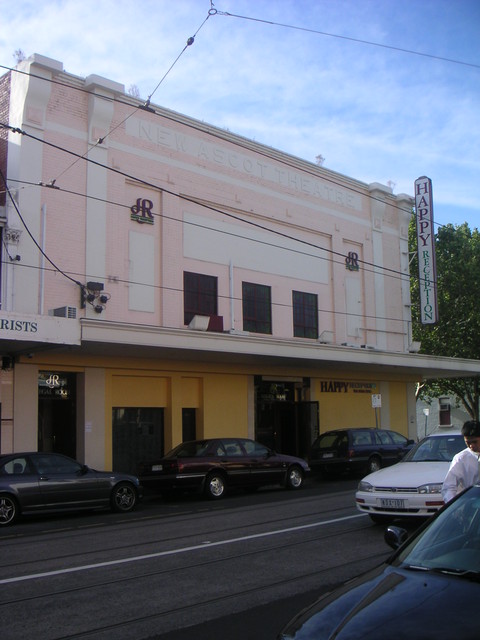 The New Ascot Theatre was opened on 16th October 1924. It was built for the Essendon Theatres Ltd. and designed by Essendon based architect V.G. Cook. The name ‘New Ascot Theatre’ is set in concrete, placed in a panel across the top of the facade.

In 1971, it was re-named Cinema Colussus, and screened foreign films. This lasted until 1975 when it was closed. It re-opened in 1978 as the Ascot Vale Cinema and finally closed in 1978.