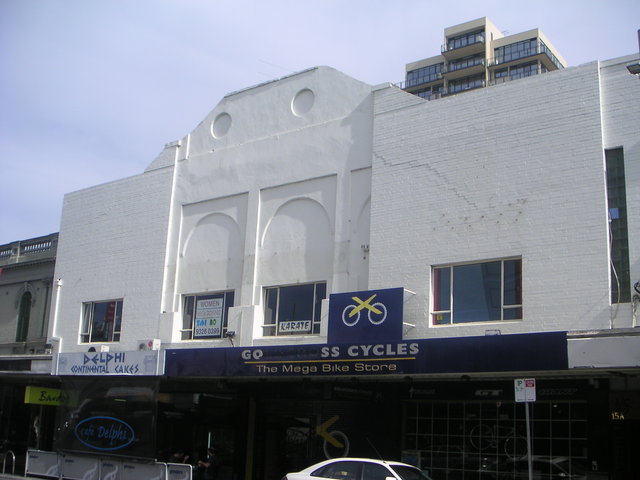 Located in the north Melbourne suburb of Moonee Ponds. The Moonee Ponds Theatre opened on 14th December 1911. It was designed by architect Frank G. Richardson and seating was provided in stalls and circle levels for around 1,300. Independently operated, it was taken over by Greater Union Theatres in the early-1920’s. In 1937, its operation reverted back to the original independent operator.

In 1939, it was modernised to the plans of architectural firm Cowper, Murphy & Appleford.

The Moonee Theatre was closed on 1st December 1965. It re-opened in 1966 and continued until finally closing in 1980.

It was converted into retail and storage use in the stalls area and a billiard hall in the circle level. The stalls area was occupied by a bicycle shop named Goldcross Cycles for many years, and retains all the decorative features inside the auditorium. By 2018 it was a discount variety shop.