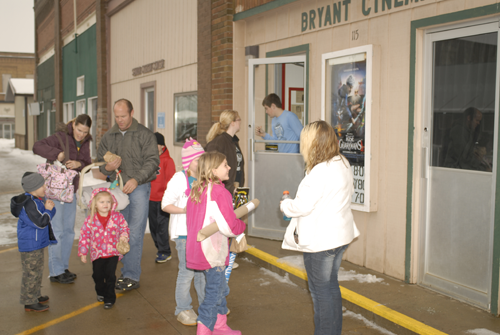 In 1999 the owners tried selling the theatre and when no takers came forth the community came together and decided to save the theatre. They formed a shareholders committee. A group of seven community members oversees the operations of the theatre. It is run with all volunteers.

The sharholders bought the theatre and equipment for 30K. The have made several improvements including adding on and creating a new concession area, handicapped rest rooms, new wall draperies, new screen and a new spool and platter system.

The Bryant Cinemas is open on Friday, Saturday and Sunday.