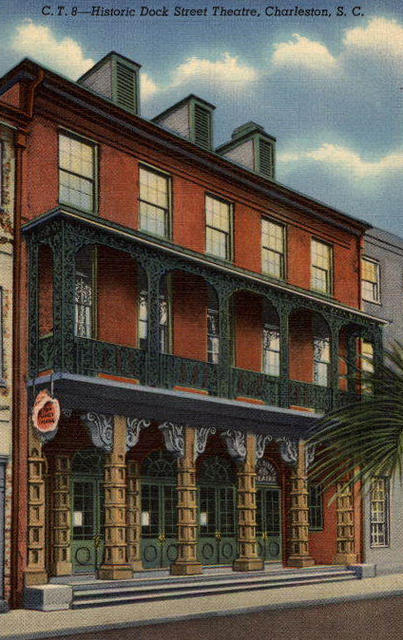 The Dock Street Theatre in Charleston’s historic district, on the site of America’s first theater, is reopening after a three-year, $18 million renovation.

The Theatre reopened on March 10, 2010 and is currently a performing arts venue with a busy schedule. The first theatre on this site opened in 1736(!) The current building was built as the Planter’s Hotel in 1809, and rescured and converted into the Historic Dock Theatre in 1937. After renovations, it reopened in 1910. From the seating chart it appears to seat between 350 and 400.