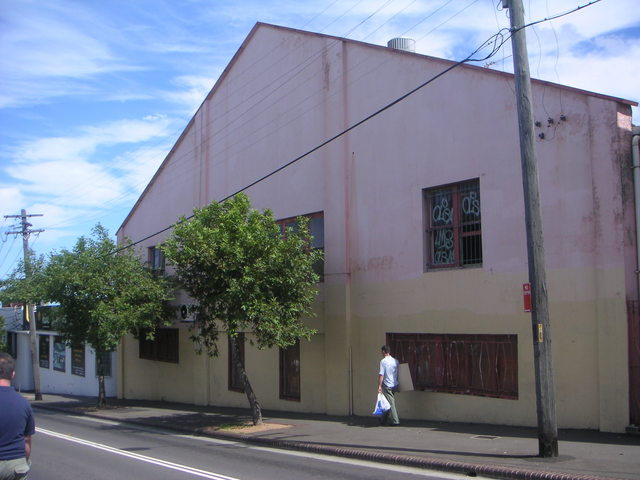 Located in the Sydney inner-city district of Erskineville on Erskineville Road at the corner of Angel Street. It was built on the site of the Victoria Picture Palace, which had opened on 3rd September 1913. The current building opened in the 1920’s. It must rank as one of the most ugly cinema buildings ever built, as it looks like a factory/workshop (a use it has had for many years after closing).

By 1952, it was known as Hub Theatre No.2, as the nearby Hub Theatre in Newtown, also operated by Acme Theatres Property Ltd. was given the name Hub Theatre No.1. It was considered to be the largest ‘flea-pit’ cinema in Sydney. In 1955, it was re-named Odeon Theatre prior to its closing in 1958, and it became a youth club.

Laying empty and unused for many years, the Odeon Erskineville was demolished in October 2013.