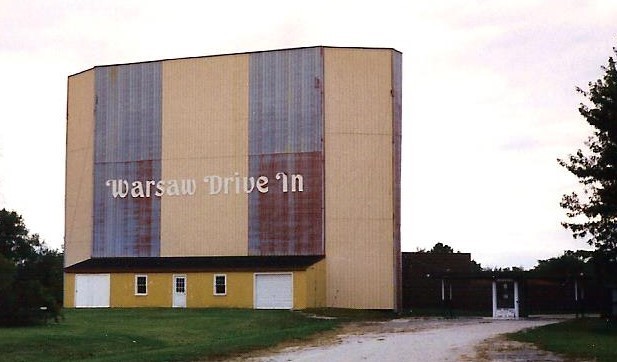 The Warsaw Drive-In was opened prior to 1955. It was demolished in 2000 to make way for a housing development.

Here is a photo:
http://tinyurl.com/yjcfpjs

My 1956 Motion picture Almanac has it parking 525 cars and being owned in 1956 by Mallers Brothers Theatres.

May 1 1970 The WARSAW DRIVE-In is playing “CANDY” and “HIGH COMMISSIONER” “CANDY” is clearly rated R,the WARSAW policy was NO ONE UNDER 18 for R-rated films.

Couple of weeks later and the WARSAW is playing another stupid Double feature.How about the R-rated “LAST SUMMER” with the second feature Glenn Ford in"HEAVEN WITH A GUN" can not make this up.