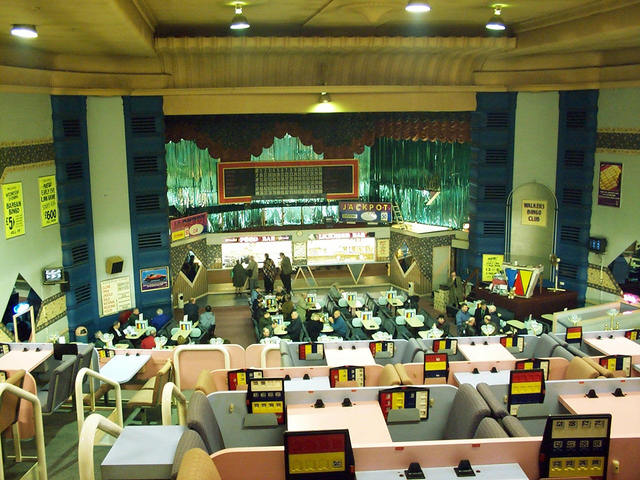 Originally on this site was the 1915-built Picture House. It was closed and demolished in January 1938, and the new Gaumont opened on 10th October 1938. It was built by the Gaumont British Theatres chain, together with Associated Provincial Picture Houses.

The exterior featured a 60 feet tall square tower that had a flat top, and was covered with cream faiance tiles, the remainder of the facade was brick. Inside the auditorium, seating was provided in stalls and balcony levels. Illumination was via troughs of concealed lighting.

Later taken over by the Rank Organisation, it was re-named Odeon on 9th March 1964. It was taken over by an independent operator from 30th January 1972, and re-named Silver Cinema which closed on 19th April 1974.

It was converted into an independent bingo club, and this continued until closing as a Walkers Bingo Club in February 2010. Another victim of the ban on smoking in public places, and the recession. In February 2014 the auditorium suffered damage from a fire.

In August 2017 plans were proposed to convert the building into a 900-seat, 5-screen cinema as part of a 2 million Pound investment.

I have uploaded a photo of the damage caused by a recent fire.The details can be found on the BBC news website.