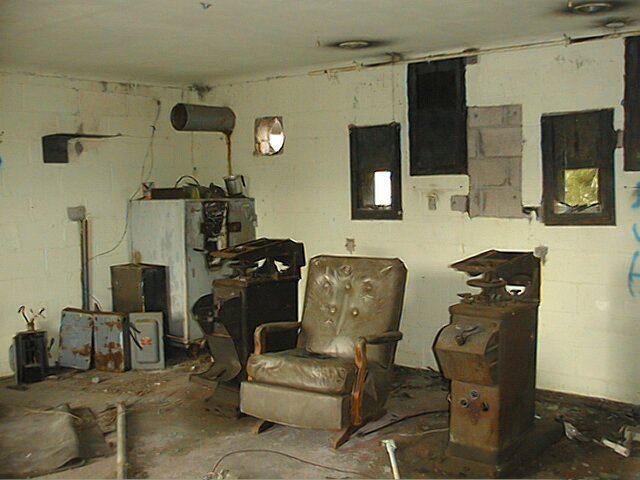 The Black River Drive-In opened on August 18, 1950 with Betty Hutton in “Annie Get Your Gun”. It had a capacity of 550 cars. It was built by Sylvan Leff. In the early-1970’s he leased it to Panther Theatres, which became Country Wide Theatres. In a couple of years they sold it to ATKO Canton Corp. of Syracuse, NY, which was owned by Charles Girrard & Anthony Kolinski In the mid-1980’s they leased it to Jeff Szot who operated it for one season. After closing in the fall of 1987, a fire badly damaged the concession building. The drive-in remained closed for the next 20 years.

Here is an ad for the theater on youtube:
http://tinyurl.com/27mk7gm

Nice looking marquee/NOT! But at least their open.

The BLACK RIVER Drive-in was parking 600 cars at one time and was owned in 1956 by Sylvan Leff.

Check out the marquee now ! It has been completly refurbished!

If you enter the following address, it will map correctly to this drive-in: 28035 Black River Parkway, Watertown, NY 13601.

Sylvan Leff died at the age of 72 in November 1986. Several mentions in the 1930s and 1940s put him with Universal; in 1936 he was with the Universal Home Exploitation Department. Leff was based in Albany and touched the lives of several drive-ins in New York.