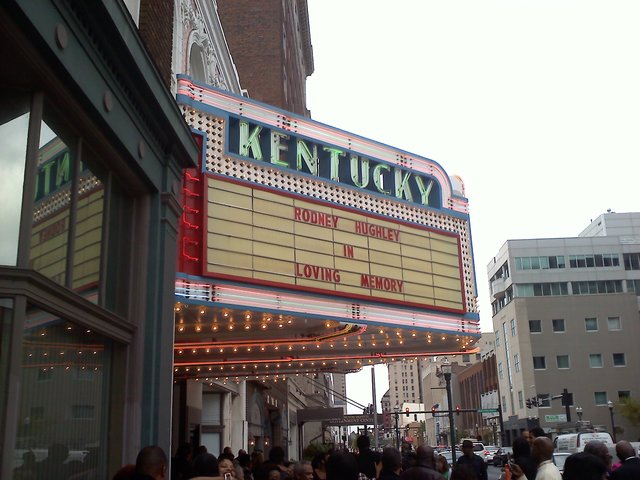 The Kentucky Theatre and its mighty Wurlitzer which was opened by organist H. Hayden Read, are an official Save America’s Treasures project which are owned by the city of Lexington.

Opened on October 4, 1922 with Norma Talmadge in “The Eternal Flame”, the interior of this 1,100-seat theatre is an Adamesque style delight. Following renovation & redecoration it reopened on August 19, 1933 with Charlie Ruggles in “Mama Loves Papa”. It was operated by the Phoenix Amusement Company. By 1941, it was operated by the Schine Circuit. The Kentucky Theatre now has a shared lobby and conjoined projection booth with the adjacent State Theatre, which is also a ‘Cinema Treasure’.

Damaged by fire in 1987 and restored in 1989, this ornate theatre still needs an infusion of cash and more renovations to bring it back to all of its original splendor. It was reopened in 1992

However, with their recent notice and restoration project well underway, the Kentucky Theatre will rise again!

YOu outta drive up there one day it was beautiful and the staff was glad to show off the theatre. I bought a nice local book about the theatre.

Is there an update on this theatre and its mighty Wurlitzer? Great 1930 photo with the blade marquee!

Not sure where the 1,276-seat figure came from, but the Kentucky Theatre was an 1,100-seat theatre until it was remodeled in 1992 after the fire — when several rows of seats were removed in the front to make room for a larger stage.

They may be counting the seats in the former State Theatre (fka Downtown Cinema), which is now acting as a second screen to the Kentucky. 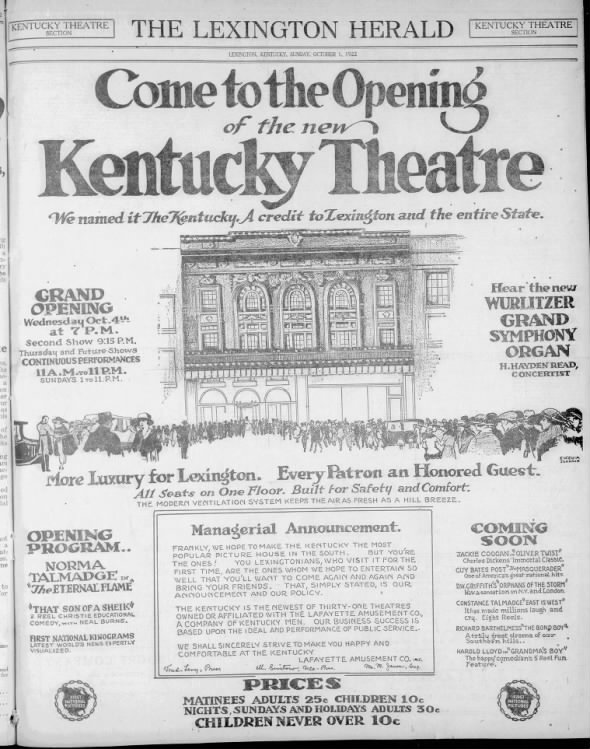 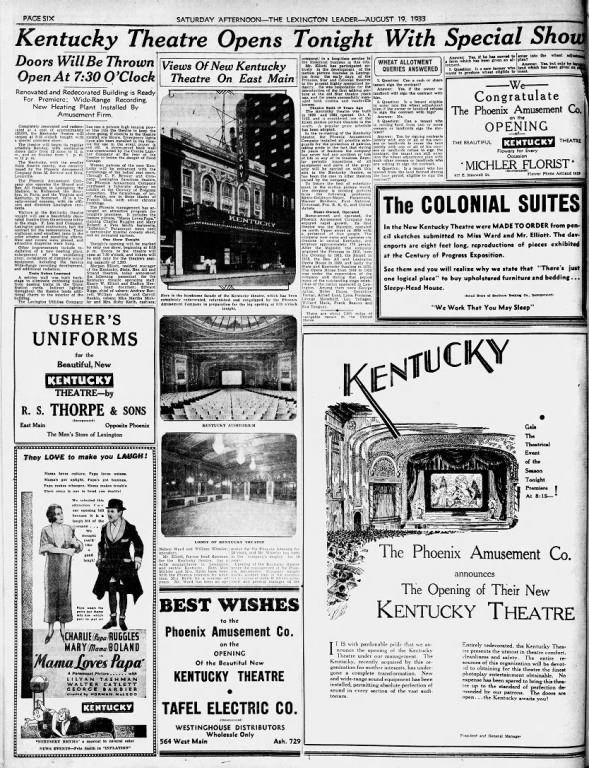