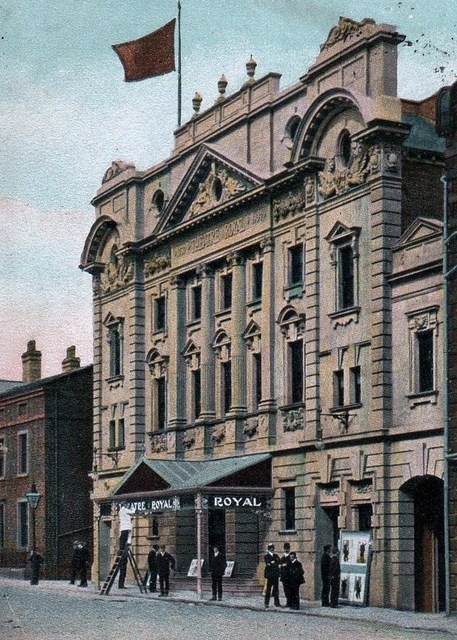 The Theatre Royal, a replacement of an earlier theater, opened in 1904/5 purely for live entertainment. A superb façade in ashlar stone in the Edwardian style dates from this period, and was designed by Richard Horsfall & Son of Halifax.

The auditorium, believed to have been on 4 levels was gutted in the 1930’s to create a new two tier cinema auditorium (with 1,549 seats) which extended into the stage area.

The cinema closed around the 1960’s and became a bingo hall which in turn closed in the 1990’s. Various redevelopment schemes, retaining the façade of the Grade II Listed building, but demolishing the auditorium came to nought and it re-opened as a nightclub, Chinese restaurant and bar. Unfortunately, by 2007 these had closed and the building was ‘For Sale’.

Hello Michael
Any particular reason? I thought we were supposed to be for preserving our heritage.

Hey Andy Michael wants everything turned into an opera House. Michael maybe you should start opera house treasures and get off this sight!!!!

The nightclub has now closed and the building is boarded up and for sale. Photos taken October 2007.

There is currently (2008) a proposal to demolish the auditorium and incorporate the facade and various other bits into a new build hotel. In truth there is virtually nothing worth saving in the much altered interior. Photos (interior and exterior) taken in August 2008 here:–