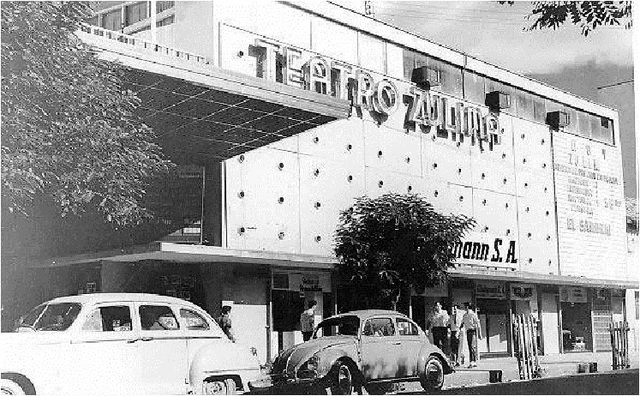 Located in the mountain city of Cucuta, close to the Colombian border with Venezuela. The Teatro Zulima was opened on 17th September 1954 with Richard Burton in “The Robe”. It was equipped with a wide CinemaScope screen. It is a modern building, constructed with reinforced concrete. Seating in the auditorium was all on one level, with a raised stepped section at the rear. Originally the walls were covered with marble and acoustical plaster.

The Teatro Zulima operated as a cinema until at least 1984. Today it is in use as a live theatre, and the auditorium walls have been draped.