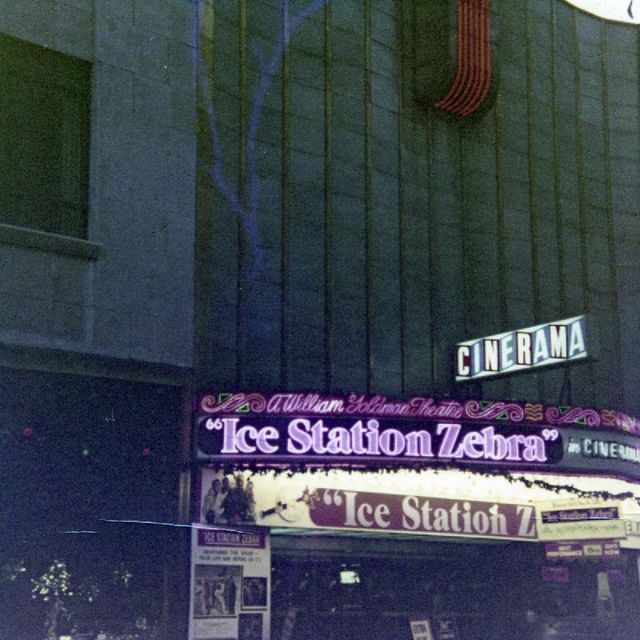 The Randolph Theatre opened on November 10, 1902 as Chestnut Street Keith’s Theatre or simply known as B.F. Keith’s New Theatre by Benjamin F. Keith. It was a dual format theatre, with both Keith-Albee vaudeville and Stanley Warner’s photoplay.

Designed by architect Bruce Price, with Albert E. Westover as associate architect, it was French Renaissance in style, and Keith’s Theatre had a large seven-story facade. The ground floor used three bays in a triumphal arch/Palladian motif with Ionic columns. A recessed entrance sat under the archway with dentils and relief figural sculptures. The second through fourth levels on the facade used a large arcuated central oriel, topped by shell and segmental scroll motifs on the 5-bay fifth level. Spandrels of the sixth and seventh floors, 5-bays each, were in the form of monumental Ionic pilasters. A huge ornamental projecting overhang sat above the top story. It had an equally beautiful interior, including two balconies and box seats, however there were some obstructed views.

Stars appearing on stage included Fred Astaire, Al Jolson, Will Rogers, Charlie Chaplin, and the Marx Brothers. By the late-1920’s, the theatre had become out of date as newer theatres had been built. Paramount and Alexander Boyd tookover, opening as the Paramount-Keith Theatre on September 22, 1930, with the Marx Brothers in “Animal Crackers”. In September 1931, Loew’s replaced Paramount, and in March 1932, Stanley-Warner replaced Loew’s. Projection equipment was removed in May 1932, and the theatre closed until December 30, 1932, when for a short time, stage and movies were presented. Then, the theatre returned to showing movies only.

On May 8, 1943, Philadelphia theatre operator, the William Goldman Theaters Inc. acquired Keith’s Theatre for his movie circuit. Stanley Warner’s longstanding policy was to show films here subsequent to their initial runs in other downtown theatres, but Goldman returned the theatre to first run status, starting December 18, 1948 with “Mexican Hayride” starring Abbott & Costello. In 1949, William Goldman had remodeled the theatre to the plans of architect David Supowitz. The facade was shortened to four stories and covered with plastic tiles. The various lobbies were combined into one foyer with modern decor. The auditorium was gutted, to create a new 2,020 seat auditorium, including one balcony, the seat count courtesy of Barry Goodkin who worked there. Goldman renamed it the Randolph Theatre in memory of his late son Randolph and reopened it December 24, 1949 with the movie “On The Town”. The movie musical “Excuse My Dust” had its world premiere on June 6, 1951. “An American in Paris” was a movie also showcased in 1951, and “Singin' in the Rain” in 1952. Hitchcock’s “Dial M for Murder” had its world premiere in 3D on May 18, 1954 on a new 72 x 30 feet silver screen that had been installed in June of 1953. Later, after a couple of days, audiences complained about having to wear 3D glasses, so the movie was shown in 2D. In April 1956, the Randolph Theatre and Monaco Theatre had dual world premieres of Grace Kelly’s film “The Swan”.

In 1956, the epic “The Ten Commandments” had its roadshow presentation here. In the 1960’s, 600 seats were removed to enable the Randolph Theatre to become the City’s second ‘Cinerama’ venue. This was not real, ‘three-strip’ Cinerama with three projection booths, but ‘one-strip’ 70mm. The Randolph continued as one of downtown’s showplace first run movie theatres. It was well known for Road Show and 70mm movie presentations, including “The Bridge on the River Kwai”, and “2001- A Space Odyssey”, “Hello Dolly”, which ran for several months each!

On January 3, 1971, the Randolph Theatre closed and was demolished. The last movie that played at the Randolph was "Tora, Tora, Tora". Until 2014, a one story clothing store stood on the site. After it too was demolished, in 2016, a six story residential building opened which will eventually have a flagship state liquor store.

Goldman sold his other theatres to Philadelphia theatre operators Budco, but the Randolph Theatre was not to continue, as the movie theatre district had become concentrated west of Broad Street. The Earle Theatre, one block to the north, had long been demolished. When the Randolph Theatre closed, Goldman’s other Center City theatres were all within a block of 15th Street and Chestnut Street - the Midtown Theatre, Goldman Theatre and Regency Theatre. The Randolph Theatre was spared the fate each of those suffered, of having their auditoriums twinned down the middle.

When HELLO, DOLLY! and TORA! TORA! TORA! played, I practically moved-in to The Randloph. I saw both those films, many times there. Loved this theater and its great screen and sound system. Jack’s comments, about so few people in the audience for HELLO, DOLLY!, don’t match-up to my recollection, at all. The 10 times I saw it there, were with very large houses. Also, it was the 5th highest-grossing film of the year. Of course, he worked there, so he would know better. TORA! I recall experiencing the dwindling audiences. I love that film.

Stumbled on this site accidentally. I worked for Goldman theaters from 1969 to about 1972. Assistant manager at the Goldman, then assistant manager at the Regency. Manager at Goldman was a short bald gentleman whose name I cant recall and the manager at the Regency was Mr. Tota. My friend Alan Kosher got me the initial job. I remember the assistant managers would meet at the old Pub restaurant on Walnut St. after evening shifts for steaks, lettuce wedges and two sorts of bread on a bread board. Jack Swartz, Alan K and a fellow whose name was something like Einhorn plus a fourth fellow whose name I dont recall at all. Weekends we wore tuxedos. Would enjoy chatting anyone from that era, .

Bertinphilly, I get you want to chat with others from that era, but not from then (child then),I learned from the weekend tuxedo reference & would be eager to hear about any movie premieres, stars, or anything about the moviegoing experience then. FYI, that’s primarily my Intro above. I also wrote the Intros for the Goldman & Regency. Any recollections about movies specific to those theaters would fit nicely on those pages. Thanks!

I went to all these ctr city theatres in the 50’s. Back then the c c theatres were the best places to see a movie. In the 60’s I worked for Budco Theaters out of Doylestown. Manager and dist. manager. Budco was the D-I king. In my opinion buying the Goldman chain hurt Budco. It seemed to be down hill from there.

Linkrot repair: The Boxoffice articles mentioned in my previous comment have been moved. The April 1, 1950, article about the remodeling is now here:

The October 7, 1950, article about theater lighting which is illustrated by a photo of the Randolph Theatre’s lobby is here:

My father worked as an usher at the Randolph Theater when he was young, I believe in the early 1950s. His name was Thomas Warner Titlow. He passed away in 2005 at age 72. He said he earned 50 cents an hour at the Randolph and saw the movie “Showboat” 187 times. He later worked at another movie theater in Philadelphia called the Midtown. If anybody happens to remember the name Titlow from many years back, give me a shout.

Link with a 1953 photo of Richard Nixon riding by the Randolph Theatre. Copyright The Grand Review.

Howard I haven’t been on this site since ‘14 but I just saw a post from Bertinphilly and since he mentioned me by my full name I would love to make contact with him to reminisce I don’t know if you could help me with this ,Jack

jackjswartz: Unfortunately Cinema Treasures cannot put other contributors in touch with each other. Hopefully your comment of June 6, 2019 will be seen by Bertinphilly. Ken Roe, Volunteer Theatre Editor