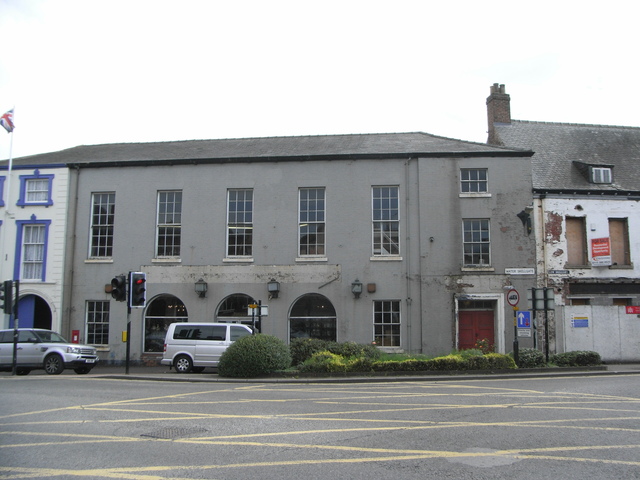 The Opera House in Low Skellgate, Ripon, is now no more, the only remains being the foyer block, which existed before the theatre was constructed behind. The theatre opened in 1886 and was converted into a cinema around 1912, although live shows continued to be part of the fare throughout its life.

It had 850 seats was situated at 1st and 2nd floor level, and is remembered as an elegant building — although I have never found a photo of it. It closed about 1960 and was converted into a factory, which was destroyed by fire around 20 years later. The remains were demolished and the site behind the surviving foyer was used for housing.

The foyer, which has little trace of its former use, is now an antiques shop. However on the outside wall are the hooks from which a canopy was once suspended and there are clearly exit doors on the right hand side.