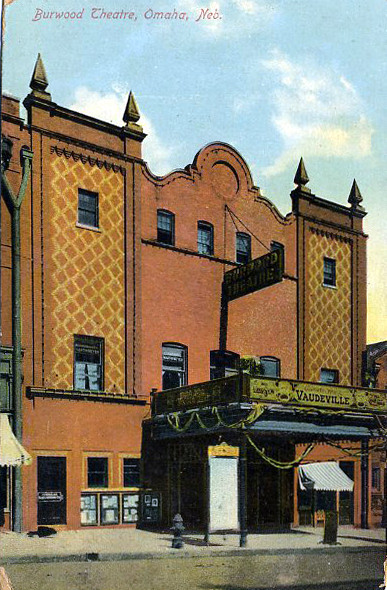 According to the website below (which has some contradictory information), the Burwood opened in 1906, became the Gayety in 1908 and was later known as a burlesque house up until it was closed in 1928. There is an old postcard picture on the website, but no clear indication that it was used to show films. The address was 1514 Harney St. View link

I found an New York Times article that indicates that the Shuberts were booking acts into the theater in 1909.

From the early 1900s a postcard view of the Burwood Theatre in Omaha.