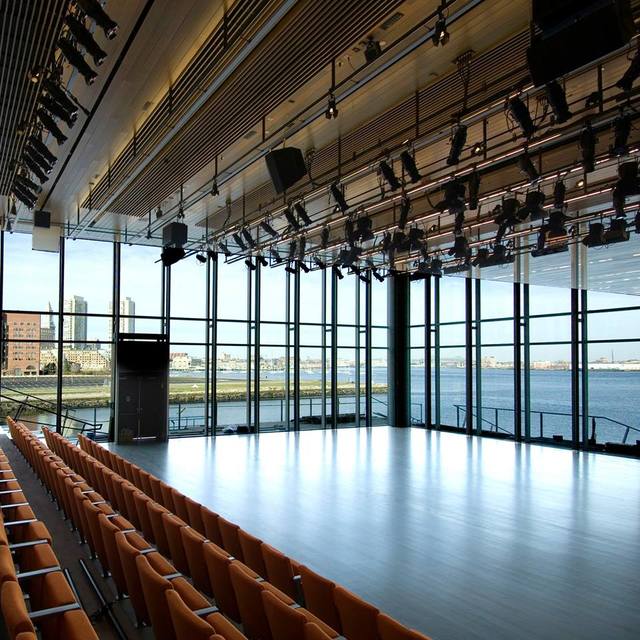 The theatre’s walls are glazed in clear glass allowing the harbor view to become the backdrop behind the 51-foot stage. The glass walls can be controlled to meet performance needs-from full transparency, to filtered light and no view, to total blackout.

The ICA was previously located in a converted police station at 955 Boylston Street. The old ICA contained a small theatre, sometimes used to present movies. But that room had almost no raking, and it was nearly impossible to read movie subtitles over the heads of people in front of you.

Before that, the ICA presented movies during 1984 and 1985 on one screen of the Copley Place Cinemas.