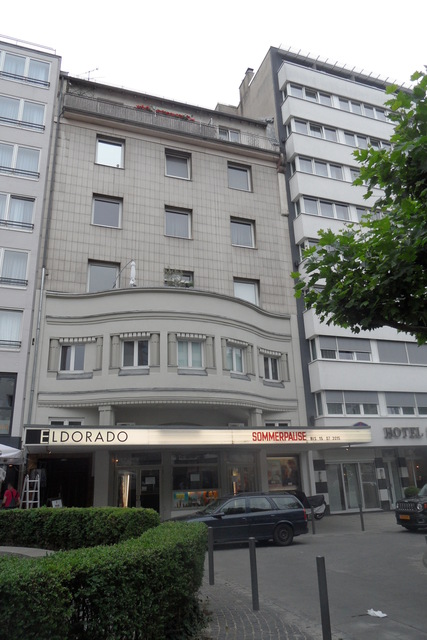 The Scala-Lichtspiele was opened in November 1912 when it had 425 seats. It was re-named National Kino in the 1960’s. Since 1974 it has been re-named Eldorado Kino and is operated by the Cineplex Group.

Glad to see this cinema has survived!