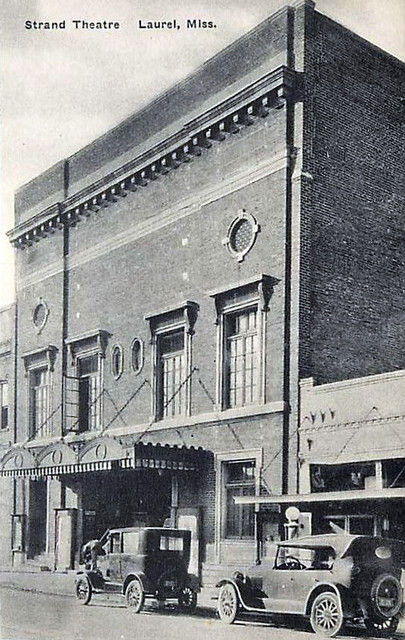 **correction….the Strand and the Arabian were actually two different theatres….they were just a couple blocks apart

**the Strand was demolished in the late 1970s, the Arabian is now the home for the local community group Laurel Little Theatre

The Strand was part of the Royal Theaters circuit in the early 1960s. President was A.L. Royal.

The New Strand $100,00 Strand opened February 4, 1921. It replaced a previous Strand Theatre in town. This one was designed for motion pictures complete with a pipe organ.