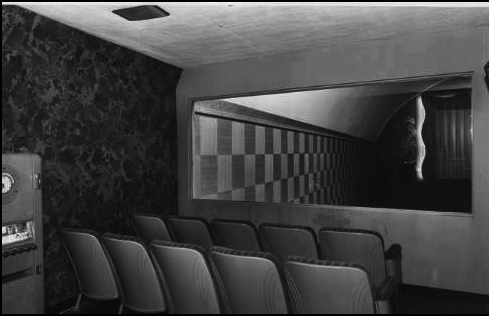 Located in downtown Newberry, S.C. this theatre was open in the 1940’s and closed sometime in the late-1950’s. January 5, 1955 and the Wells Theatre is playing, "A Lawless Street" with these movies playing next,"Three Stripes in the Sun" and "The Conqueror". December 7, 1956 and the Wells Theatre has "Storm Fear" playing with "Heart of the Golden West" coming soon. Then comes "Song of the South" with a special notice admission for adults would be 40 cents for this Disney film, kids got in for 25 cents. On January 15, 1957 getting near the end of the Wells Theatre comes "The First Texan" and coming soon "The Killing".

Other films to play at the Wells Theatre were "Hold Back the Night", "The Black Sleep" and "Friendly Persuasion" with Gary Cooper.

Concerning the Cloverleaf in Newberry I went back to the 50’s in old ads and they never once had the street address.I know at one time you were looking for it in Newberry.

I was present when the Wells Theater burned. It was around 1967 or 1968. It had been closed for a number of years. One unique feature of the theater was a room that mothers could take small children into if they became fussy. The mothers could still hear and see the movie but the audience could not hear the children. Popcorn and drinks were sold at the entrance and there was a candy machine directly in front of you when you entered. There was also a “lovers seat” – a seat for two – on the back row of the theater.

I was talking to my mother who was born and raised in Newberry. She said that Fulmer Wells designed and built the Wells Theater.

From The Newberry Observer, July 2, 1957: the last show at The Wells Theater was Saturday, June 29, 1957 and it had opened in 1941; before the theater had been in the building it had been referred to as the Mimnaugh Building, a dry goods store; Theo “Dutch” Albrecht, who also operated The Ritz Theater in Newberry, had been leasing The Wells Theater from Fulmer Wells, but decided that one indoor was enough. An early 20th century postcard view of the Mimnaugh Building can be see at http://newberrysouthcarolina.blogspot.com/2012/10/main-street-in-early-20th-century.html

Newberry Observer, Oct 10, 1941: an article and congratulatory ads announcing the grand opening of the Wells Theater as October 13, 1941.