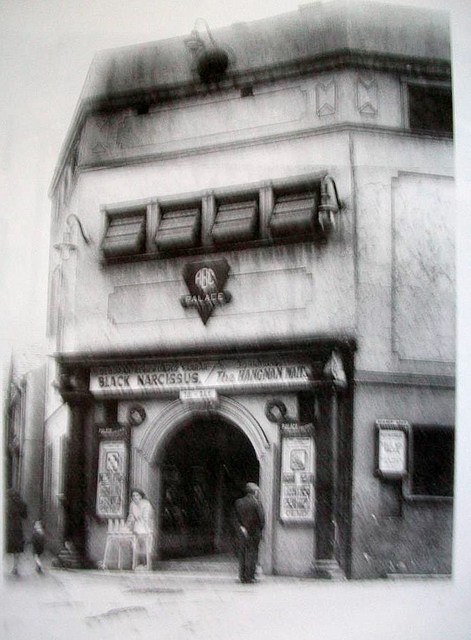 Tucked away in The Square, off Bridge Street, the Picture Palace was the first purpose built cinema in Walsall. It opened on 12th April 1912 with a seating capacity for 1,000. Designed by local Walsall architect Harry Farmer of the firm Hickton and Farmer the screen was at the entrance end of the building. It was closed during World War I and re-opened on 17th December 1917 with D.W. Griffiths "Intolerance".

In 1920, modernisations and improvements were carried out, which resulted in the auditorium being ‘turned around’ with the screen now at the opposite end on the building in a 20 feet long new extension. A balcony was added over the entrance, and this increased the seating capacity to 1,500. The Palace Cinema also recieved a new facade and it re-opened on 3rd April 1920 with "Spiral of Death".

On 1st April 1936 it was taken over by the Associated British Cinemas(ABC) chain. ABC closed the Palace Cinema on 24th September 1955 with Norman Wisdom in "One Good Turn". The Palace Cinema was still doing good business, but as it was the third ABC operated cinema in the town, it was deemed uneconomic to install a full CinemaScope operation into this cinema which had a rather narrow proscenium arch. It was sold to the Walsall Observer newspaper and became a print shop, with a canteen in the balcony. The building has now been redeveloped as part of Old Square Shopping Centre.

The shell of this building still stands as part of what was the Tesco store. It is still visible from the upper floor of the Old Square, but looks like it will soon disappear under plans for re-development. KS

The Shell of the Old Palace Cinema had now been demolished

The Current main picture of the Palace.. The two gentlemen in the Homburg Hats are the Westwood’s and the Man in the Top Hat is George Blakemore. They where Directors of “The Walsall Theatre Company”