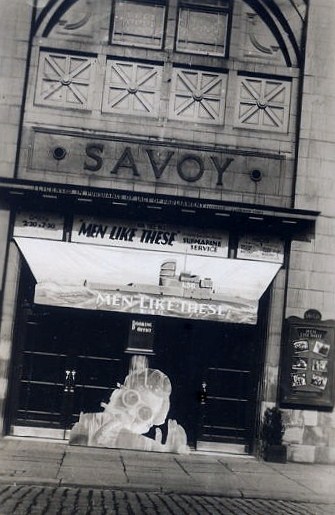 Located on Bolton Road, at the corner of Lister Street. The Savoy Picture House was opened on 11th November 1921. It had a 25 feet wide proscenium and a small stage for variety turns. In 1929, it was the first cinema in Blackburn to screen a ‘talkie’ film, which was Charles King in "Broadway Melody".

The Savoy Cinema was closed (together with the rest of the McNaghton chain) on 28th December 1957. It was taken over by the Hutchinson Leisure Company of Burnley and by the early-1960’s was a bingo club.

In 1984, bingo has ceased, and the building became a builders store. This too had closed by 1995. In 2011, the building is in use as a carpet store, and a Probodies gymnasium.

There are two pictures of the Savoy on this webpage: View link

The cinema is at 36-44 Bolton Road on the corner of Lister Street.