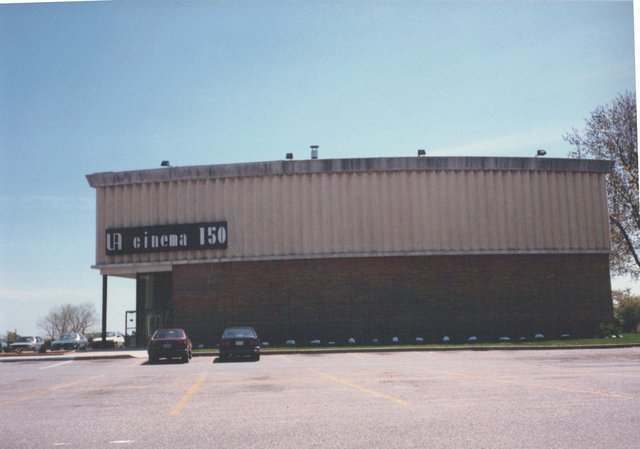 Located in Woodbury, to the south of Syosset. This was one of a handful of "Cinema 150" movie theatres across the country, designed as an "all-purpose" luxury theatre that could exhibit films in the following formats: D-150, Todd-AO, 70mm, Panavision, CinemaScope and 35mm. The US Cinema 150 opened on March 26, 1970 with Barbra Streisand in “Hello Dolly”.

Streamlined in a very late-1950’s, early-1960’s post-modern style that placed a premium on functionality, the Cinema 150’s vast auditorium featured a large, detached balcony, oversized rocking-chair seats, a huge curved screen with a 120' arc, and a phenomenal sound system. The theatre could hold well over 1,000 (probably 1,200 or 1,400).

In contrast to the "golf ball" style of the now-restored Cinerama in California, this theatre favored a simple, understated red brick and concrete exterior that blended in with the suburban surroundings.

On June 7, 1990 it was renamed Syosset Theatre. Right up through its last days of operation, the theatre remained immaculately maintained and well attended for blockbuster movies. Unfortunately, however, the geniuses at the United Artists chain decided to build a 12 screen stadium theatre a mere one mile away in 2000. Not only did UA demolish the last remaining drive-in on Long Island, the Westbury Drive-In, to make room for the new multiplex, but it ultimately led to their decision to shut down the Syosset Theatre in early-2001 with Sandra Bullock in “Miss Congeniality”.

Although it was always a popular place to see a film, few people seemed to know of the theatre’s unique design and technological amenities, and thus it was gutted to make way for an Equinix Gymnasium without a peep.

When I was in my teens I was in a boys home called Melville house. One of the counselors had been an extra in the movie “The Way We Were”.We made a special trip to the Syosset theater to see it. He played a college student,he said Robert Redford on his breaks would throw the football around with the cast and crew.The movie was good, and they played the Barbara Streisand theme song a lot on the radio.

FYI: there was a twin to this theater same name in Santa Clara California curved widescreen rockers and all. No balcony though. Lines for blocks usually. AMC opened a 20 screen (Mercado) a couple of miles away near Great America amusement park (also now Levi’s Stadium home of the 49ers) and that put an end to that Cinema 150. I loved that movie theater! Sight lines were outstanding.

Does anyone know the closing date of the Cinema 150’s roadshow run of “Song of Norway” (or know which booking followed it)?

“The Song Of Norway” played a 70MM Roadshow engagement from February 10, 1971 thru May 3, 1971. Opening ad in photo section with prices. Prices were reduced for final week and posted as “all seats $3.50 Evenings and $1.50 children at all times”. No listing for matinee price. A one week engagement of “Making It” starring Kristoffer Tabori followed. 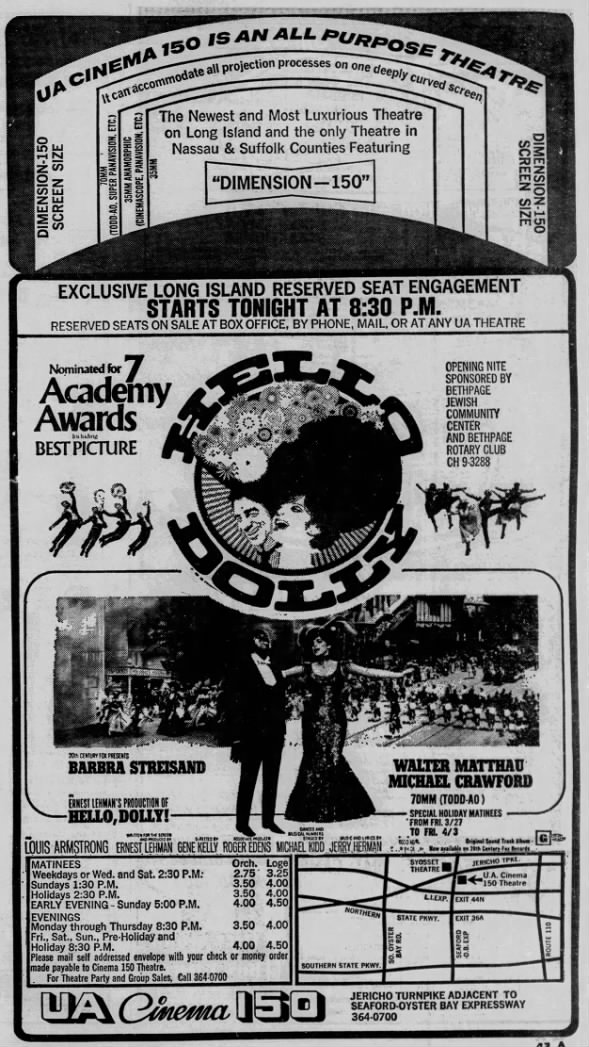 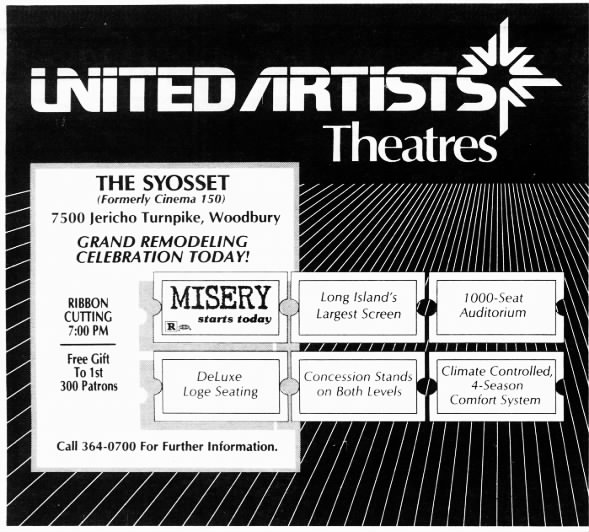 Here’s a new 4-page 50th anniversary FIDDLER ON THE ROOF retrospective featuring a roadshow playdate chronology and historian Q&A. The Cinema 150’s lengthy run is mentioned in the piece.

ridethetrain - I disagree. Last film was Miss Congeniality. Long after the theatre closed the poster appeared in the display at the entrance.