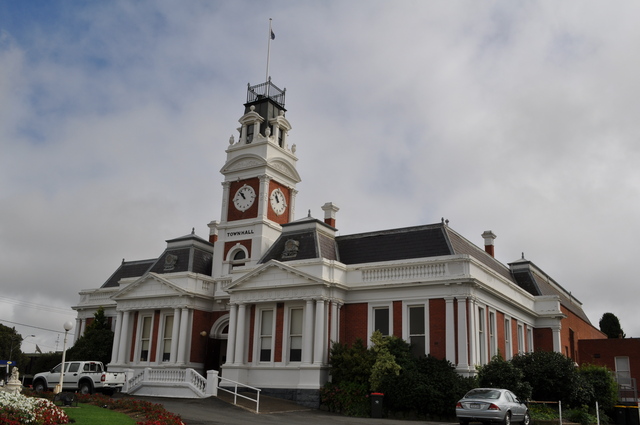 The Town Hall was built on 18th October 1899, and was designed by the Ballarat architectural firm Molloy & Smith. The majestic clock tower was added in June 1932. It was operating as an 825-seat cinema prior to 1951. It had closed by 1956.

Today it is in use as a 600-seat performing arts centre, featuring live performances and until recent years occasional films.

The building is listed by the National Trust.