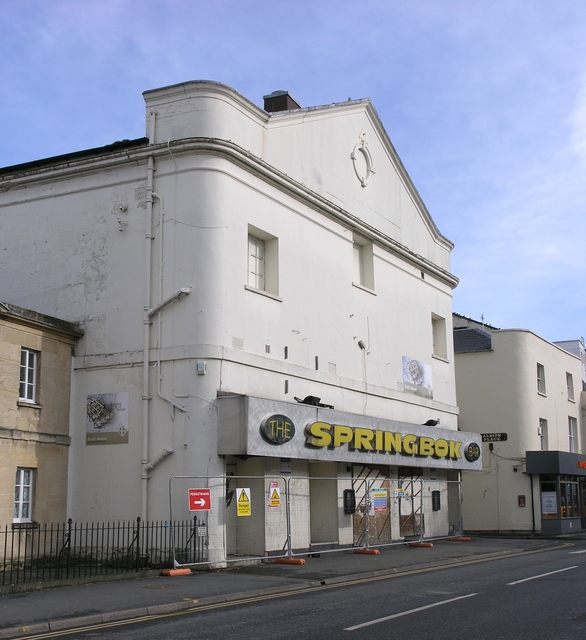 Designed by local architect Herbert T. Rainger, Gilsmith’s Hippodrome Theatre opened on 22nd September 1913. There had previously been a Conservative club building on the site, and the new theatre retained the facade. It was re-named Coliseum Theatre in 1919, and after renovations it re-opened as a music hall in 1920. The building has a 30 feet wide proscenium, a 40 feet deep stage and nine dressing rooms.

In 1946, it was taken over by the Pooles chain. It played mainly second-run films, but sometimes major first run films such as "A Lion In Winter", A Man For All Seasons", "Anne of a Thousand Days" and "Paint Your Wagon" played at the Coliseum Cinema.

It was taken over by the Star Cinemas chain in March 1974, and they applied for a bingo licence, but this was initially refused. The Coliseum Cinema was closed on 22nd June 1974 with Oliver Reed in "The Devils" and Fay Dunaway in "Bonnie and Clyde". A bingo licence was granted on appeal, and it became a Star Bingo Club, later operated by EMI. By the 1980’s, it had been converted into a Coral Snooker Club.

In early-2011 the building was closed as a sports bar known as the Springbok Bar. It was demolished in Summer of 2011.

This webpages has some pictures of the Coliseum Theatre in Cheltenham:
View link-Cheltenham-Febraury-2011).

Would have loved to have seen “PAINT YOUR WAGON” there,Ken.

I began a topic on The Coliseum, on the derelict Places website, I intend to keep the thread updated.Work is finally commencing on the demolition of The Coliseum.

The Coliseum was demolished in 2011.