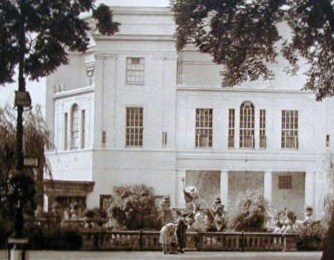 Located at the corner of Promenade and Clarence Place, the Regal Cinema was built for and operated by the Associated British Cinemas(ABC) chain. The Regal Cinema was opened on 2nd January 1939 with Errol Flynn in "The Adventures of Robin Hood". The Neo-Georgian style exterior of the building was in white stone, and blended in with other historic buildings in the town. Inside the Art Deco style auditorium, seating was provided for 1,165 in the stalls and 674 in the circle.

The Regal Cinema was re-named ABC from 28th August 1962. In the late-1970’s, there were rumours that the cinema would be sub-divided, but these came to nothing. The ABC closed as a single screen cinema on 14th September 1981 with "Kentucky Fried Movie" and "The Other Cinderella".

It was demolished in 1986, and offices were built on the site.