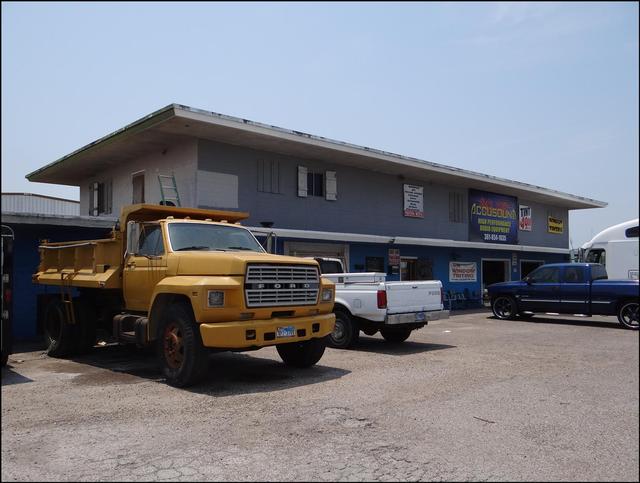 The Boulevard actually opened in early 1942 right after the beginning of WWII. It suffered the common ‘blackouts’ that drive-ins adhered to to prevent enemy bombings or spyings at night.

The oroginal projection booth and concession stand and the offices that were headquarters for Doc Richter are still standing in the parking lot of the Trade Center. I believe they are being used as an auto shop.

Here are images and articles for The Boulevard.

“CORPUS CHRISTI – The Boulevard Drive-In screen is now within ten feet of the highway, which passes the front of theatre, as a result of a highway widening project.” — Boxoffice, April 11, 1960

The May 2, 1960 Boxoffice elaborated on that news. “The Boulevard Drive-In at Corpus Christi will be closed as a result of widening the highway between Chapman Ranch road and the Charide Drive-In in Flour Bluff. Don Skewis of the state highway department said the project will be completed in August.”