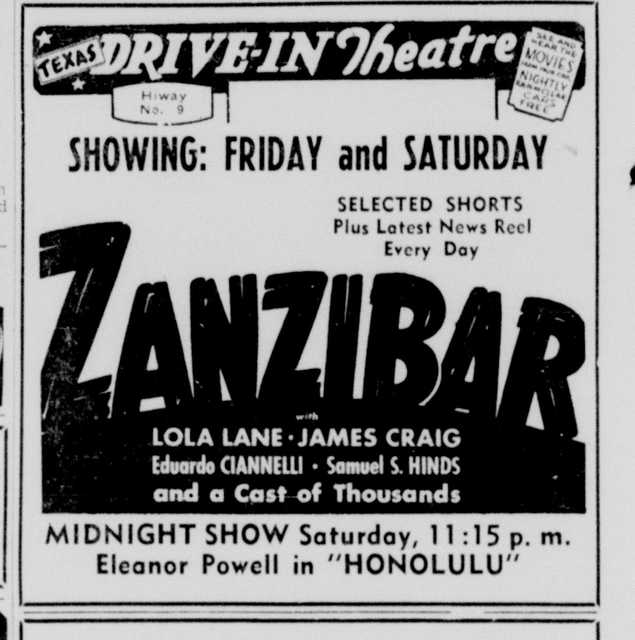 The Texas Drive-In was located only a few blocks away from what would later become the Thunderbird Drive-In. As the first drive-in in Texas, it was also one of the first to close, lasting from its opening on November 12, 1939. It operated until 1955.