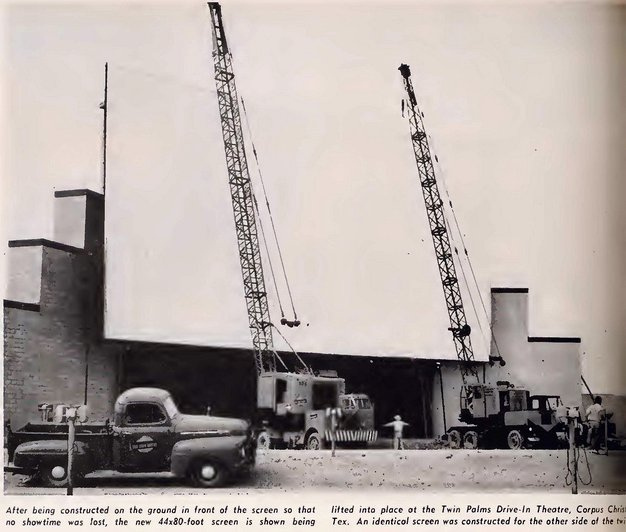 Open from April 1952 to 1980, the Twin Palms Drive-In was a two-screener. It is now the home of Insurance Auto Auction, and little more than the overall footprint of the drive-in is evident.

Links to articles and photos to come……….

Amazing image. As I mention on the page for the Surf Drive-In Theater, my dad managed this theater and the Surf in 1955. As I recall, he would show a double-feature of Spanish language films on Wednesday nights. Though I was only 9 and unable to speak Spanish, I thoroughly enjoyed watching the movies, especially those starring Cantinflas.

When the Viking Twin was built, my dad was the new theater’s first manager.