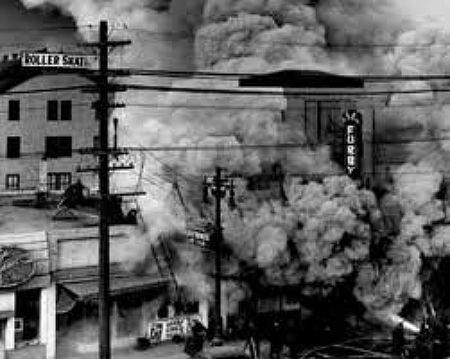 The Furby Theatre was opened by 1912, and was owned by Western Theatres. Seating was listed at 494 seats.

The theatre was destroyed by a fire in February 1952. and was later demolished. Any further information on the Furby Theatre would be appreciated.

The Furby Theatre went up in flames on February 28, 1952. There’s a photo and an abstract from a Winnipeg Free Press article on this page at GenDisasters. The newspaper article said the theater was 42 years old, which would make the opening year 1910, but I’ve seen other modern sources saying it opened in 1912. The Furby was definitely in operation by 1913, when it was mentioned in the November 22 issue of The Moving Picture World.