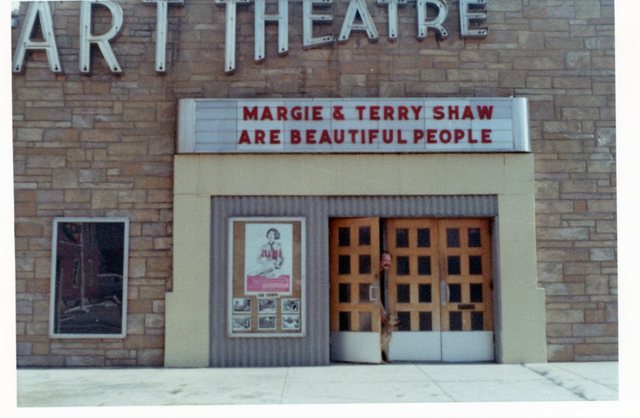 Opened as the V Theatre on May 8, 1942. It was renamed Art Theatre on April 9, 1949. At one time this theatre was part of Art Theatre Guild, Inc. of Scottsdale, AZ. I was the manager during 1968 – 1969 before moving to Columbus, OH to managed the Bexley and World Theatres. At the time the Little Art Theatre in Yellow Springs, OH was part of our chain and it remains in operation today. The Art Theatre went over to adult movies in 1972 and was twinned on December 22, 1978 becoming the Art Cinemas 1-2.

The theatre has been replaced by a Family Video Store. Speaking with the manager he believes the theatre was torn down around 2004.

In the same theatre building there use to be a coffee house called the Yellow Bird. They had local musical groups perform, sometimes their music drowned out the movie soundtrack and I had to pull the plug. After the coffee house the space was leased to a book and musical album store.