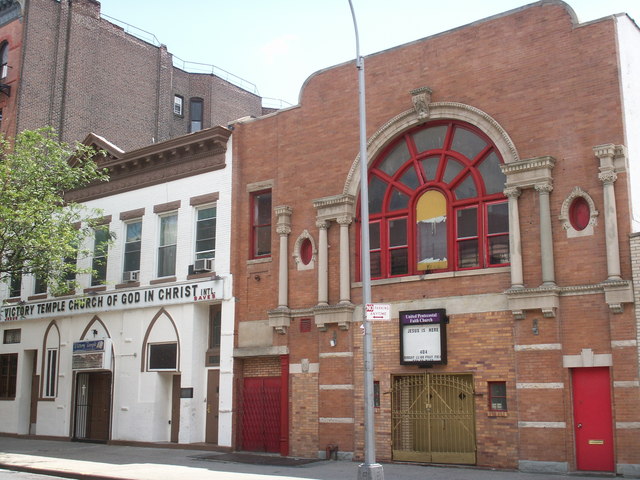 Built by 1910, this nickelodeon was renamed Princess Theatre in 1914 and continued until 1916.

In 2006 it was occupied by the United Pentecostal Faith Church.

The BROOKLYN THEATRE INDEX lists the address as belonging to or associated with a Harry Walters from 1910 to 1913 and notes it as listed as a “$25,000 house for J.H. Zieser” in Nickelodeon Magazine for 16 October 1910. (A Google search shows up J.H. Zieser as a New York attorney.) The INDEX goes on to list the address as the Princess Theatre extant 1914 to 1916.

The theatre was apparently purchased by Congregation Ahavath Achim of Bedford Section in 1922. The book THE LOST SYNAGOGUES OF BROOKLYN claims that the congregation bought the theatre from the Motion Picture Syndicate and converted it to a synagogue. They seem to have been active here until at least the 1940s. The building is now the United Pentecostal Faith Church.