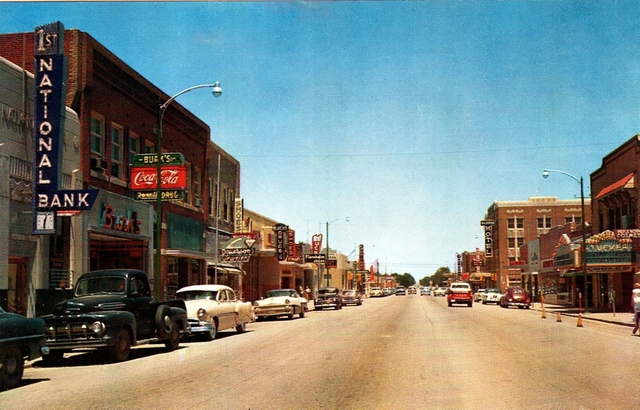 Designed by the Boller Brothers of Kansas City, this modern show house was created for $60,000 and opened on September 28th, 1921. The beautiful brick structure was thoroughly modern and up-to-date in every respect.

The theater had a large foyer and lobby, modern dressing rooms, ample balcony, and a stage large enough to accommodate any show from one of the big circuits. Also included were two Powers projectors and a ventilating and heating system (both of which were quite novel at the time).

The programs put on at this theatre where all first run and of the highest possible merit. Prices were often below those at similiar show houses with the same grade of picture.

The Tucker Theater still stands today, at 211 N. Kansas Avenue, but is no longer a theater.

More information about the Tucker Theater can be found at the following address.
View link

All of the above links are now dead. http://web.archive.org/web/20030503094057/http://moviehousehistory.tripod.com/tucker_theater.htm

There is a picture of the former theater’s current bland and undistinguished facade at CinemaTour.