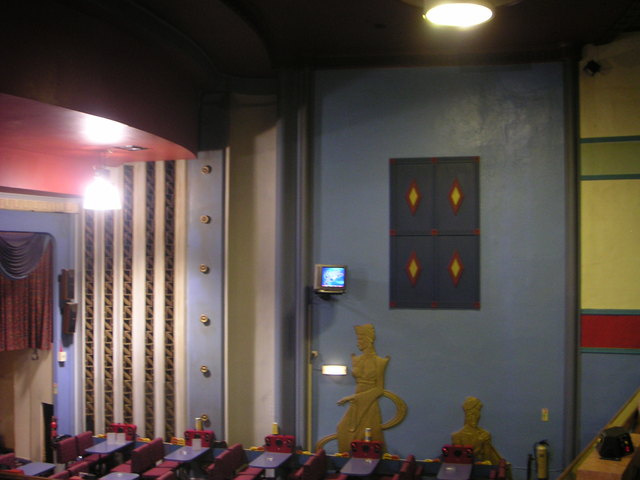 On the site was built a ‘new’ Central Cinema, which had seating for 1,069 in stalls and circle. The facade was covered with white tiles, and in a central position on top of the facade was a large globe. The decorative treatment was in a mix of Egyptian and Art Deco styles. The proscenium was 25 feet wide. The Central Cinema opened on 11th October 1930 with Harold Lloyd in “Welcome Danger”.

In December 1934, the Central Cinema was taken over by the Union Cinemas chain. They in turn were taken over by Associated British Cinemas(ABC) in 1938. The Central Cinema was badly damaged by a fire on 25th April 1939, which resulted in the collapse of the roof. ABC began work immediately to rebuild the cinema, but things slowed down at the outbreak of World War II. Work had progressed so far, as a new roof had been installed, that they were allowed to continue, and the Central Cinema re-opened on 11th November 1940.

The Central Cinema was closed by ABC in January 1972. It was purchased by the Star Cinemas chain and was converted into a Star Bingo Club. Later a Coral Bingo Club, it last operated as a Gala Bingo Club, which was closed in May 2009, a victim of the recently introduced Government ban on smoking in public places.

The building was boarded up. In July 2011, it was purchased by the Jam House, and after refurbishment is completed will re-open as a concert venue, catering to an older audience. It was closed and ‘For Sale’ in December 2016.