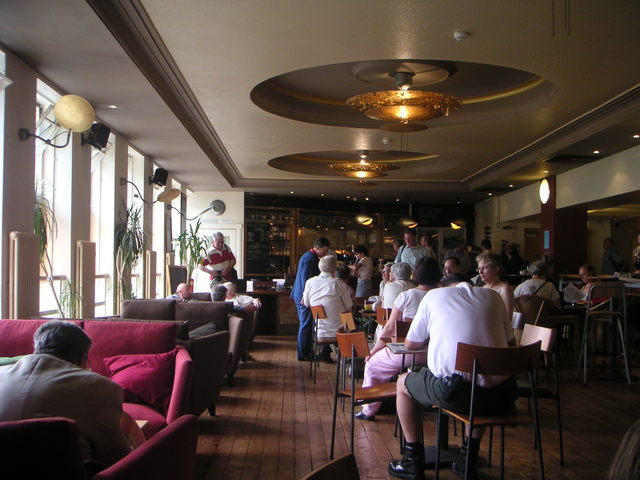 The Regal Cinema was built for and operated by Associated British Cinemas(ABC) and opened on 3rd April 1937 with 1,869 seats in stalls and circle levels.

Later taken over by the Cannon Group, it then became an MGM cinema from 23rd April 1993 until closing in 1997. From 1999 it was re-opened as the Arts Picturehouse it has been tripled with the screens located upstairs in the former circle area. The architects responsible for the renovations were O'Donnell & Toumey The largest screen is THX certified and the cinema is home to the Cambridge Film Festival, which takes place in the summertime. The Cambridge Arts Picturehouse gets its name from the Cambridge Arts Cinema which was closed concurrently to the renovation of the former Regal Cinema.

The original stalls area is now one of the pubs in the J.D. Wetherspoon chain. Known as the ‘The Regal’ it is reputed to be one of the largest pubs in the UK.