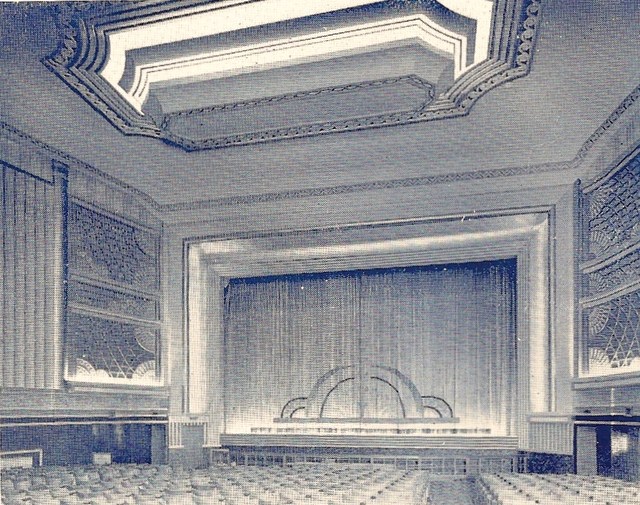 E.J. Bryant owned a large building company, but he did not build the cinema, that work was undertaken by W.J. Whittall & Sons of Birmingham. Sydney Clift of the Clifton Cinemas chain was on the board of the owning company, but he did not have anything to do with the day-to-day running of the Kingston Cinema, only booking the films. The architectural firm Satchwell & Roberts designed the building, with architect Roland Satchwell acting as supervising architect. The brick facade had a central section in white stone, surrounding five vertical windows which allowed light into the circle foyer. The auditorium had decorative grilles on each side of the wide rectangular proscenium, and there was a large Art Deco style lay-light in the centre of the ceiling. Seating was provided for 1,000 in the stalls and 475 in the circle. The cinema was equipped with Western Electric projection equipment (considered the ‘Rolls Royce’ of projection equipment at that time).

Coronet Cinema(Small Heath) Ltd. chain was eventually headed by E.J. Bryant’s son, Chris Bryant, and the Kingston Cinema was operated by the company throughout its cinematic life, which came to an end on 14th November 1968 with the double (X) certificate programme “Prudence and the Pill” starring David Niven & Deborah Kerr and “Witchcraft” starring Jack Hedley & Lon Chaney Jr.

It was converted into a Ladbrokes Bingo Club which continued for almost 30 years until 1997. In 1998, it re-opened as an Asian cinema after new owners Allah Ditta & his daughter spent half a million Pounds on the building. Films were soon dropped, and use for concerts and conferences followed, but it eventually proved a failed venture, and the building was shuttered. After several years laying unused, the Kingston Cinema was demolished in September 2003.

E.J. BRYANT Mentioned here was the main shareholder in the built Odeon Cinema Bradford and he built it. The Odeon was going to be a Clifton cinema